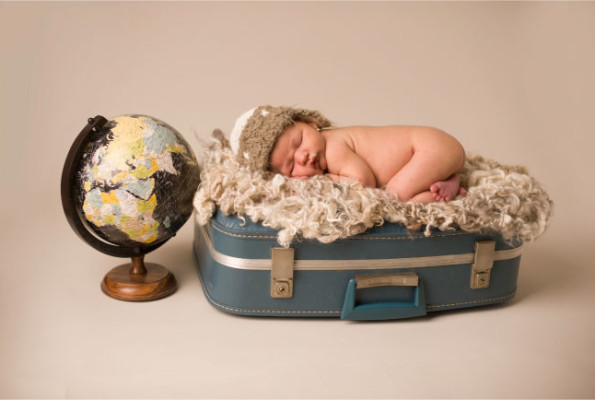 Friday, March 13 is officially World Sleep Day.
An event that has become unmissable to people who work in the sleep products industry, this year WSD emphasizes the role sleep has in determining a person’s individual wellbeing but also how it is important to planet earth. The event’s organizers want to stress the fact that improved sleep quality helps lower the consumption of medication, as well as the benefits that sleeping has on the mind. Those benefits include an improved mental setting that helps to make responsible and balanced decisions, also when it comes to environmental development policies. The future of Mother Earth, therefore, is also tied to the quality of our sleep. We wish everyone good sleep but this year, our thoughts especially go to the powerful men and women of the planet who will decide on our future.

The world population that will go to sleep on March 13th

On Friday, March 13, a global population of about 7,795,000,000 individuals will go to sleep, following the cadences of the 38 time zones across the globe. Among these, 56% are below age 35 and we see a near perfect parity between women and men (with the male population just 1% higher). The average age is 30.9 years and the density 52 people per square km. An interesting fact is that as many as 573,000 humans above the age of 100 will also go to sleep on March 13.

Why is sleeping well so important?

Firstly, it’s a health issue: sleeping little or poorly is the cause of diseases. From a plain cold (people who sleep less than seven hours per night are three times more likely to catch a cold compared to people who sleep eight or more hours per night on average) to the immune system’s efficiency and the chance of suffering a stroke or developing heart disease (with people who sleep less being more exposed to that risk) and even irritable bowel syndrome (poor sleep also means having to deal with intestinal inflammation).
Sleeping well also affects our relationships, as we know for a fact that getting less hours of sleep affects our ability to interact with others. But there’s more: our memory, athletic performance, concentration, mood and appetite all depend on the number of hours of sleep we get and its overall quality.

Some tips on how to sleep better: sleep aiding devices

We sleep lying down on a mattress with our head rested on a pillow. That is why the shape, materials and elasticity of these items play a key role in our sense of wellbeing at night. A  good mattress needs to support the body in a natural manner, adapting to its shape so as to ensure perfect alignment of the spine and provide the environment for our circulatory and lymphatic systems to work properly and efficiently. The pillow is the other element that we need to maintain an aligned back posture.
It is not only the shape that determines the quality of pillows and mattresses, though: these are items that are in close contact with the body and its heat for several hours, day in and day out for all our lives. For this reason, the materials used to manufacture them need to be non-toxic, allergen-free and must not release harmful substances in the air. We therefore should demand that the mattresses and pillows we choose are certified as innocuous to humans, with such certifications like Oeko Tex.
Breathability is another key factor to avoid pouring out sweat all night and stagnating moisture.
The same holds true for the bed sheets, which need to be gentle on the skin.

The image of steps is one of the most fitting metaphors to suggest to our body that going to sleep is a good idea. One of the parts of the body that creates the most obstacles is…the brain. Yes, because the brain tends to get lost in thousands of simultaneous thoughts and to trigger a series of loops that prevent relaxation. When we follow a task schedule made up of sequential steps, the brain is induced to relax and to follow those steps one after the other. Let’s take a look at how we can learn to relax better and sleep like a baby:

1.Stop using smartphones and electronic devices
They should be switched off – not set to “airplane mode” – in order to make a clear break between your day and night. Switching these devices off may become, over time, a habit that leads you to loosen up a little more

2.Some fresh air in the bedroom
before going to bed, keeping the window open for a few minutes helps clean up the air and improves oxygenation during the night

3.Self-care
from brushing your teeth to a foot massage, from practicing meditation for a few minutes to stretching out your muscles, reserving some time to “pamper” yourself is an essential step towards relaxation

4.Darkness, breathing and… counting
breathing is a natural body function; when you’re not stressed, it’s pleasant, peaceful and pervasive (in the sense that the air fills up both the abdomen and chest). There, slow down the pace, take in deeper breaths and get rid of all the tension, listen and count, relax and in no time you’re…ZZZ…asleep

What will people dream on WSD night?

It’s time for some predictions, which we’re not going to base on doubtful psychic abilities but on studies that have been conducted over the years: