Why do babies fall asleep in cars? 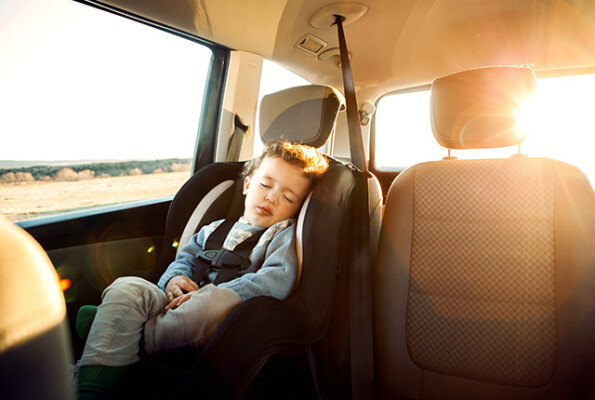 Car rides are often used as a technique to get children to fall asleep. But why does the car promote sleep? According to Joanne Getsy, Director of the Drexel University Sleep Center, the answer lies in a combination of factors:
• White noise
part of the game is the continuous hum of the tires on the asphalt and the running engine, which generate an ideal frequency thanks to which children can relax.
• Comfort
Another reason why babies fall asleep on a car journey is that the car seat is comfortable, warm, and cozy. This makes them feel protected and relaxed, the ideal situation in which to afford a nap.
• Not fun
Sitting in a car seat in a moving car is not like running on a lawn or playing with a ball. It can be very boring. In this context, the child is almost forced to relax, watching the landscape flow by through the window and being lulled by the vibrations… This situation induces the mind and the body to an almost “dazed” state, very similar to the one you have before falling asleep.

The stuffed animal with the rhombus

There’s not always an opportunity to take a ride in the car to put your baby to sleep. That’s exactly why Honda has designed a plush toy that mimics the sounds and vibrations of the car.
Its name is Honda Sound Sitter and the slogan speaks for itself, “Instead of taking the baby to the car, take the car to the baby.”

It is a red plush car-shaped toy equipped with a speaker that reproduces the sound of an NSX.
Thanks to the connection with a dedicated app, the system allows you to change the type of car and sound, for the most demanding children. The mid-low frequencies (around 250 Hz) emanating from the plush toy, according to research carried out by Honda, recall primordial emotions. This type of roar resembles the sound perceived inside the mother’s womb. For now, this is only a prototype, but many are already getting information!

What about the adults?

The car also makes adults fall asleep, as shown by a study by RMIT University in Sydney. Researchers tested a simulator that replicates the experience of driving on a motorway on 15 volunteers.

The experiment showed that the emanating vibrations induced fatigue in the volunteers, making it psychologically and physiologically more difficult for them to perform mental tasks, thus activating the nervous system which, to compensate, leads to changes in heart rate.
By observing the heart rate variability (HRV) of the volunteers, the researchers showed that after 15 minutes from the start of the test, people began to show signs of drowsiness. This became significant after 30 minutes and peaked around the hour mark. It’s hard to stay alert. Very interesting, isn’t it?