Virtues and advantages of the hammock 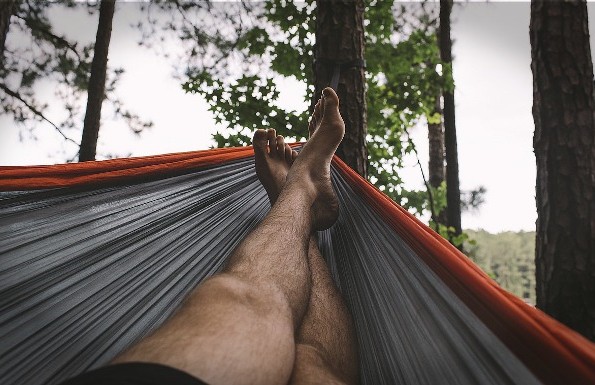 Difficult to climb on it, difficult to step out (for some at least), but, once you are in… it’s heaven! We are talking about the “overhead bed”, the hammock.

History of the hammock

The hammock was born in South America, when the Spanish conquistadores noticed it and took it immediately to Europe, using it to make more comfortable the rest of the sailors on the ships. For the “Indio’s”, the hammock was a tool of rest, useful also to prevent the attacks of insects and snakes during sleep. The word is likely to have been invented by the population of the Arawak, in the Antilles.

It seems that it was defined the “cradle of gods” already some thousand years ago.

Benefits of the hammock

Taking a nap on a hammock is particularly resting, mainly thanks to the rocking, which – according to somebody – would take back to the new-born dimension of the cradle. If the judgments on the type of sleep induced by the hammock are not univocal (some scholars have published a research on Current Biology  according to which the hammock conciliates deep sleep, other scientist maintain that the research is not exhaustive), everybody agrees on one point: when you are rocked you fall asleep first.

In order to foster the passage from wake to sleep, the ideal rhythm is the one which alternates the swinging from a side to the other one every 4 seconds, so: slowness, absolute slowness …

Besides relaxing and sleeping, the hammock has some alternative uses, amongst which sweeng, a sort of soft gymnastics which uses two hammocks. With sweeng, you enjoy yourself, strengthen your muscles and improve your posture. A compromise between stretching and yoga, sweeng is spreading in Italy too.

This is a recent discipline, developed in the United States. Antigravity Yoga uses purposely-designed elastic hammocks. Born as a form of warming up for Christopher Harrison’s Dance Company, this technique developed and spread fast, until it became very popular.

Physical therapy centers and medical research often develop specific programs resorting to special hammocks that allow some “soft” physical work in suspension. This is particularly appropriate for the disabled.

With or without a stick?

There are hammocks in different types of fabrics, from plastic materials to natural fibers. Some hammocks have a “stick” that keeps them “open”. This is a substantial difference: the stickless hammock is firmer and better fits to the body, even if it may look less agreeable at first sight. What is important, however, is to secure the hammock by a good knot!

Not sleeping well? Go to the dentist!
Friday 11 December 2015