The temples of sleep: the myth of Asclepius 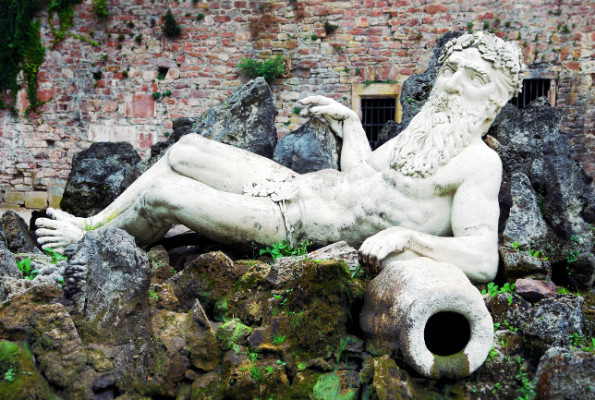 The first temples of sleep were most probably found in Sardinia. Those were the protected areas where the sick would be healed through sleep. There are also traces of the templa somnum (“temples of sleep” in Latin) in Egypt, but thanks to the worship of the Greek god Asclepius, the practice of healing the sick through sleep became rampant.

The ancient Greeks believed that if one of their gods paid you a visit during the night, the reason was to bring a message, including a way of treating an illness. The god known for healing people during their sleep was called Asclepius, who in addition to dispensing therapies, was also capable of performing miraculous healings by himself. Several temples were built for the so-called “incubation”, the process of healing people in dreams.

During the ancient times, the body and soul were seen as a union when it came to healing an ill person, and even the worship of Asclepius embraced this view, inducing a state of healthiness by restoring the perfect balance of body, mind and spirit. The temple priests, known as “therapists”, would interpret the people’s dreams and the messages they supposedly received from the gods.

Once a person arrived at the temple, the first step in the healing process was to take a bath in a cold water to purify the body, mind and spirit while also relaxing in nature. This was followed by the possibility of participating in games and dancing inside the gymnasium. The worship of Asclepius combined the sleep with the composition of chants and odes, or the participation in stage performances. Once these activities were completed, the priest would allow people to enter the dormitory and to call upon the god for him to receive the “ill” and make them dream. In order to “receive” a dream from the god, the person would have to lie down on the kline, beds used by the Greek to be initiated to the mystery rituals of the practice of incubation, which consisted of sleeping in the sacred space, the temenos, the precinct of ancient Greek temples. Here, the sick person had to lie down on the skins of a goat with the blood of the offering and some snakes.

The myth of Asclepius, son of the Nymph Coronis and of the great Apollo, spread throughout Thessaly during the pre-Homerian times and evolved in the classical world with the sanctuary at Epidaurus. Temples in honor of Asclepius multiplied along the Mediterranean coast from the 6th century B.C. Esculapius was the name given to the god Asclepius by the Romans, and temples of sleep were built also on the banks of the Tiber river. The first Roman temple to the deity dates back to 293 B.C., on the Tiber island, which at the time was considered the ideal place for religious and medical practices.

It was once believed that the worship of the god Asclepius would make a person feel as though they were reborn upon waking up. Just like one does after a night sleeping on a Magniflex mattress 😀

Children and New Year’s Eve: instructions for use
Friday 27 December 2019