The Teddy Bear, our faithful companion in dreamland 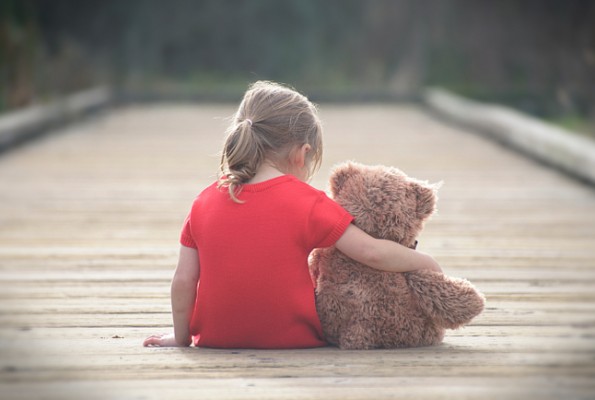 He’s the best friend of every child, a trusted guardian of our childhood dreams, our brave protector while we slept from the dangers hidden in the closet or under the bed.

In English-speaking countries, this toy is simply called the “Teddy Bear”. According to psychologists, the Teddy Bear does a lot more than just comfort us. Donald W. Winnicott suggests it may be a transitional object, namely one that marks a critical step in the child’s growth. An object that is perceived not as an appendage, but as an actual and independent companion. From a practical viewpoint, the Teddy Bear represents the first step taken by a man-cub in separating himself from the mother. Over the years, this will lead him to full independence. Needless to say, the importance of “transitional” Teddy Bears is invaluable for the overall balance of every child.

The name “Teddy Bear” comes from a rather odd event in the life of American President Theodore Roosevelt who, during a hunting expedition in 1902, refused to kill a bear that had been injured and tied up to leave the President the honor of giving it the final blow. Roosevelt’s act of mercy inspired cartoons in which the bear was called “Teddy” and was described as sweet and playful. The first “Teddy Bears” appeared in a store in New York and later arrived in Germany, which became the largest manufacturer of Teddy Bears in mohair.

Over the years, Winnie The Pooh and Paddington have been introduced in stores, but they are made out of different materials. The buttons used for the eyes are replaced by other objects that make the animal look more realistic. Today some Teddy Bears can even talk and many are able to sing Lullabies. But, despite the new developments, the basic meaning of the Teddy Bear remains unchanged. Don’t think of it as a simple toy or a stuffed animal to be stored away in a box after you grow up. That little Teddy Bear is the first fragment of the outside world that enters the cradle; it takes us by the hand as our companion and accompanies us while we take our first steps in life.

Why do People Say “Night is the Mother of Counsel”?
Thursday 5 May 2016

Horoscope and sleep: how much should every star sign sleep?
Wednesday 17 February 2021