The magical touch: physical contact is much more than just a pleasure 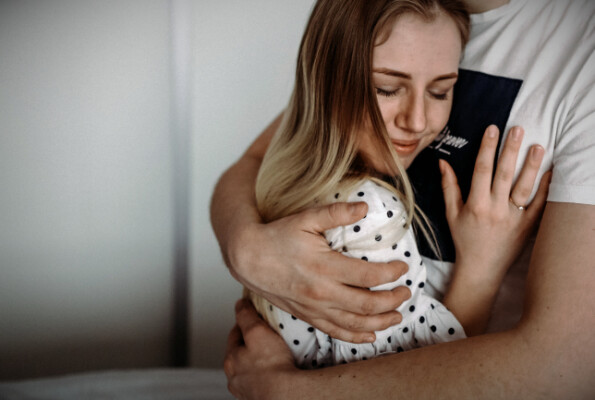 Among the things we miss most during times when gatherings are banned and social distancing is forced upon us, is the possibility of hugging one another, of touching and being touched. We share that in common. Because physical contact is not just a pleasure, it’s a fundamental need.

The skin is the most extensive sense organ of our body, it manifests what we’re feeling (which is why there are situations that send shivers down our spine and others that make our cheeks blush), and it’s an organ that generates emotions (just think of how a simple caress on the back can change the recipient’s emotional state). It tells us the weather is cold by becoming wrinkled, it sweats when the temperature is too hot, it points to a condition or disease when it appears “unhealthy”, and it is essential in the way we experience sexuality. Simply put, the skin is important in countless situations of everyday life. Its crucial role when two persons exchange a hug, when we touch, or even when we shake hands with someone, is not hard to picture. Densely rich with nerve endings, a person’s skin has highly sensitive areas and other “rough” ones. Therefore, our skin doesn’t just “contain” us, but also acts as a point of contact between us and the outside world: not just a source of pleasure, but a primary need.

And a hug even more so. Skin-to-skin contact with a newborn satisfies the emotional, cerebral, and cognitive needs of the child, while also laying the foundations for a strong bond and an even deeper relationship between the parent (or a generic caregiver) and the newborn creature that has just stepped into the world.

Hugging as a cognitive propeller

People who receive “physical” affection often perform better at mnemonic or cognitive tasks. The area of the brain known as the “somatosensory cortex” is dedicated to bodily perception, but recent studies have also unveiled its decisive role in processing emotions. Together with the insula, it superintends to numerous cognitive functions, including those involved in interpersonal relations and self-awareness. People with brain lesions in these areas are actually almost unable to recognize emotions by a person’s facial expressions. It, therefore, isn’t hard to understand how stimulating the somatosensory cortex through contact with others proves vital to a healthy and balanced life. Hugging thus becomes a sort of “necessary medicine”.

In one word: terrible. The prolonged absence of physical contact has truly dire consequences on a person’s psyche, but the consequences on physical health are no less serious. Just as terrible were the experiments conducted by Harry Harlow, who stripped newborn monkeys from the arms of their mothers to place them in total isolation for up to 12 months, subsequently examining the psychological and cognitive damage caused by this awful situation…

Finally hugging each other again

Everything will be normal again when we will be able to satisfy a primary need, which is the need to touch, to hug each other. Everything will be normal again when shaking a person’s hand will no longer be forbidden, when the psychological, individual, and social need for contact will once again be met as part of everyday life.
We will go back to hugging each other again, that’s for sure. While we wait for that longed moment, let’s at least try to sleep well!

How to sanitize the bedroom, bed, and pillows
Friday 5 June 2020

Coffee’s extraordinary virtues: knowing them and how to recognize them
Friday 17 April 2020