The “anti-sleep”, or the story of the man who went without sleeping for 11 days 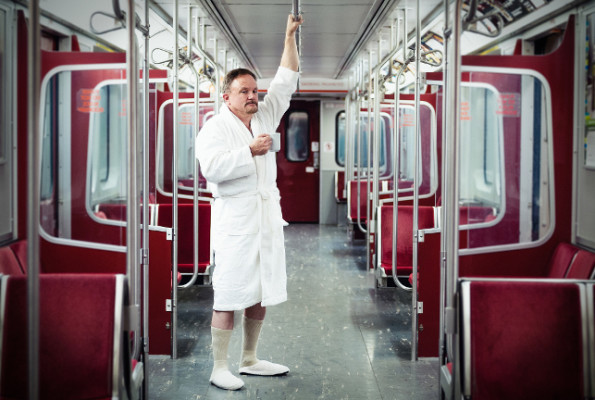 Randy Gardner is the name of the person who holds the world record for having gone the most consecutive hours without sleeping.

It was in the mid-1960s and Gardner, a sort of “nerd”, was looking to come up with an experiment that would enable him to win the first prize at the Science Showroom in San Diego.

Before Gardner, a DJ named Peter Tripp had set the odd world record for having gone the longest without sleeping, an impressive 8 days. The year was 1959 and Tripp thought of staying awake as an ingenious way to attract charity money. He set-up what could be described as a transparent “cage” in New York City and started a live radio broadcast.

For the first 2 days, things seemed to be going smoothly, but then the psychologists and doctors who in the meantime had begun monitoring the experiment noticed the first signs of complications. Tripp was gradually becoming more antagonistic and on the fifth day, he started hallucinating. What’s interesting – so to speak – is that the hallucinations occurred in sync with his REM sleep pattern, causing DJ Tripp to dream with open eyes every 90 minutes or so. Basically, at set intervals, Tripp was awake but his mind was dreaming, in an unnatural condition that would cause him to confuse fiction and reality.

While at first, in the wake of Freudian theory, it was believed that what was causing the hallucinations was the lack of REM sleep (in which a person supposedly gratifies desires and loses inhibition), it was later suggested that Tripp’s hallucinations were the product of the stimulants he took to help him stay awake.

A short while after the experiment, Tripp had a bit of a meltdown that also affected his career, to then recover a few years later.

Randy Gardner started the sleepless session at 6 a.m. one morning in December 1964, which ended 264 hours later, after which it only took him 3 seconds to fall asleep once he had rested his head on the pillow of his bed. He then went on to sleep for 14 hours and 40 minutes, with a very high frequency of REM sleep. When he woke up, he went to school like he normally would.

What happened during the experiment? First of all, it should be noted that when he set the record, Gardner was 17 years old, while Tripp was 32 years old at the time of his experiment. We also need to keep in mind that the DJ from New York was not just focusing on trying to stay awake but was also engaged in a non-stop deejaying performance. It therefore is easier to understand how Gardner was able to beat Tripp’s record. Randy and some of his classmates, therefore, started the session and were then joined by William Dement and George Gulevich, who were studying sleep-related phenomena. The event soon turned into a happening, with Gardner never being left alone, not even when he’d go to the bathroom, and being driver around in a convertible so that the cool air would help keep him awake. His friends would also challenge him to one-on-one basketball matches in the middle of the night so that he’d forget why he wasn’t getting any sleep, up to the climax of the last night, on which legend has it that he and Dement engaged in an epic mechanical baseball game (won by the youngster, might we add). On top of it all, Dement was also allegedly fined by the police for driving on the wrong side of the road in a state of drowsiness…

The experiment ended with a press conference in which the lad appeared calm, alert and talkative.

Sleep deprivation is not something to toy with

In the days and years that followed, Gardner did not experience any repercussions. Things went differently for Tripp, though, who as we mentioned, went through a rough patch in his career after he set the world record (which was not, however, necessarily tied to the lack of sleep).  Any experiment involving sleep deprivation for long periods of time is potentially dangerous, both in terms of its immediate effects (which were first recorded in the first scientific test ever conducted in 1896) and because of the possible damage it can cause in the long run, as shown by extensive experiments conducted on animals (some of which quite cruel).

Gardner or Soini? Who holds the world record?

Randy Gardner has become a globally acclaimed star, but he isn’t the actual record-holder. The world record for many years belonged to the Finn Toimi Soini (276 hours), who unlike Gardner was known only by experts in the field of sleep medicine. Why, you might ask? The answer is, as we somewhat hinted above, that going without sleep is dangerous and not something to be praised. It’s also the reason why the Guinness Book of World Records no longer accepts sleep-deprivation marathons. For the record, other people have reported setting a new all-time high in different parts of the world, like Robert McDonald (453 hours and 40 minutes) or Maureen Weston (449 hours).