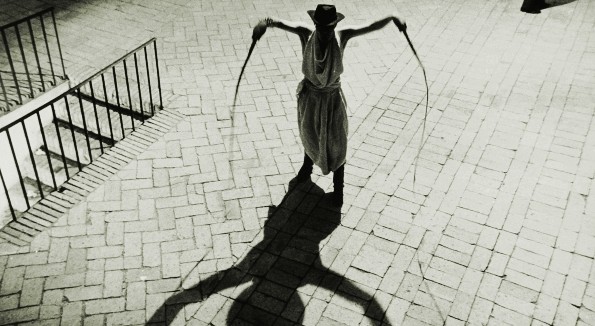 Many happened to fall asleep when watching a movie, perhaps after a somewhat heavy dinner or watching the nth “millstone” your dear cinephile friend warmly recommended you …

We are not going to talk about this, we are not deepening the theme of falling asleep in a movie theatre, but the relationship between cinema and sleep, a marriage which had produced disquieting pictures and absolute masterpieces.

Sleeping, as a dive into darkness and into “another” life, is a powerful narrative symbol, enriched by the suggestions linked to the dimension of sleeping.

Already in 1946, Humphrey Bogart and Lauren Bacall interpreted “The Big Sleep”, a movie in which Morpheus is a metaphor of death. In the French movie “Gates of the Night”, of the same year, an entire city – Paris – is sleeping. The absence of sleep in – instead – at the center of the plot of “The Machinist” (2004), where the protagonist has not been sleeping for over one year. Another sleepless person is the protagonist of “Sleepless” by Dario Argento (2000), which narrates the life events of an old detective.

Life or dream? This is the theme of the events of “Anna Oz” (1996) and  “Passion of mind” (1999), where you find it difficult to understand which of the two lives of the protagonists is real and which one is dream. Confused between dream and real life is the protagonist of “The Science of Sleep” (2006), whilst Wiley, the main character of “Waking life” (2001) is trapped in a comatose dream.

A thief of thoughts, who steals during the people’s dreams, is at the center of the story told in Inception (2010).

This overview could not forget the absolute masterpieces: “Dreams” (1990) by Akira Kurosawa, eight oneiric episodes created by the great Japanese master; “8½ “ by Federico Fellini (1963), where Marcello Mastroianni is reached by memories of his infancy and realistic dreams.

Horoscope and sleep: how much should every star sign sleep?
Wednesday 17 February 2021