Should you be alarmed if your child sleeps with his/her mouth open? 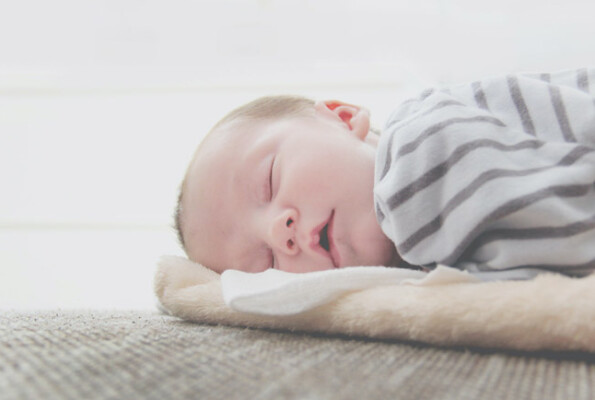 Breathing is one of the most natural things in this world, yet we don’t always have full control over it. Stress, anxiety, uncomfortable clothing, medications are just some of the things that can prevent normal breathing.

Natural or physiological breathing is spontaneous, in the sense that a person doesn’t have to “force” the muscles involved in order to breathe. If there is no blockage or tension, breathing is a movement that carries air into the abdomen, then moves it up into the chest and shoulder area, and is finally released, or exhaled.

The role of the nose in natural breathing

People naturally use the nose to smell, but the nose also has an essential role in helping us to breathe: natural respiration should take place primarily through the nose, because doing so performs the following functions:

• it maintains the constant temperature of air entering the lungs (regardless of the external temperature)
• it filters corpuscles, germs, and bacteria
• it ensures the relative humidity of the air flow.

In other words, the nose is like the door through which air enters our body, whereas the mouth is the “backup” entry point, which a person should only use if absolutely necessary, like when you get a cold.

Why do some children breathe almost exclusively through the mouth?

According to the Italian Association for Oral Respiration Prevention, breathing through the mouth is the consequence of a so-called Syndrome from Psycho-Neuro-Endocrine-Immune Maladjustment. In practice, when a person primarily breathes through their mouth, it is because their body has been forced to adapt to an unnatural life style (excessive emotional stress, unhealthy foods, lack of natural physical stimuli such as the sun and wind, lack of movement, pollution, etc.). In order to adjust, the digestive system and respiratory tract modify their natural way of functioning but do so by activating “unhealthy” methods.

Breathing primarily through the mouth may have serious consequences, both from a functional aspect (jaw development, dental problems) as well as in terms of the quality of a person’s sleep (sleep apnea) and the immune system (vulnerability to seasonal infections), to the point of even altering a person’s natural posture. Children who breathe heavily through the mouth may develop an unusual facial morphology known as “Adenoid facies” which is characterized by an elongated face, bags under the eyes, narrow nostrils, exposed gums, and a head with the tendency to lean “forward”.

When a child breathes through the mouth all night long, he/she may experience one of the following issues, which will negatively affect the quality of his/her sleep

The poor quality of the child’s sleep may lead to problems focusing during the day.

Children who breathe through their mouth: the importance of a doctor’s guidance

If the consequences of oral respiration can be serious and cause worry, the good news is – especially when it comes to children – that it can be solved. A specialist, from a pediatrician to a dentist, can help parents accurately determine the presence of any issues, intervening with medical devices or therapies, or offering helpful guidance on how to deal with them.