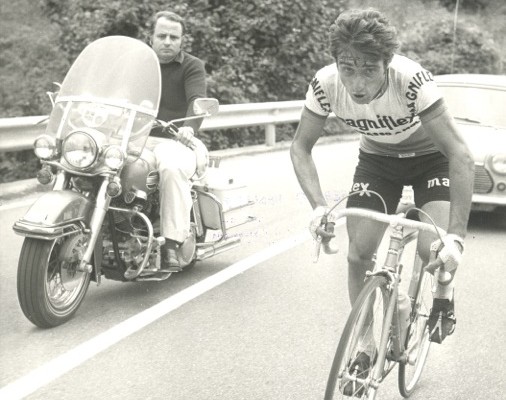 This post could be titled “A love story”, because it is about love. Love for life, love for sport, passion for the bicycle.

Figures such Giuliano Magni, who – together with Franco – was the promoter of a legendary team, speak of sport but also of a work culture that naturally conjugated with cycling, a discipline where effort and endurance reign supreme. The daily work equated the idea of a company founded on the commitment of people to the stacking up kilometers on a saddle. And it was on such incessant daily effort that the Magni brothers managed to communicate at their best with both the supporting riders and the champions.

Yet, Magniflex and the bicycle has not only been a duo of passion: Giuliano Magni spotted and valorized champions, having in his team names such as Franco Ballerini, Marino Amadori, Gianbattista Baronchelli and  Pierino Gavazzi, to mention but a few. Again Giuliano Magni managed to give light back to a champion that many believed was declining such as Gianni Motta, who – holding the colors of the Magniflex team – wrote significant pages in the Puglia tour and at the Milan tour.

Beyond anything, the significance of the Magni brothers can  till be seized today in the words of those who met them, such as Riccardo Magrini: “They have always held cycling in their heart, at amateur level first with Magniflex Cantagrillo, managed by Piero Pieroni, which saw the growth – amongst others – of Ballerini and Tafi, and then amongst the professionals for twenty years. I remember that – in 1974 – Franco wanted me to become a professional, but the Federation blocked the process because I was too young. We met some years later and – once more – Franco Believed in me and offered me the opportunity of becoming team manager once my agonistic carried had just ended. I like remembering him as a man who cared for cycling and riders, a man the riders cared for”.

Love, passion and commitment to sport still continue, with Magniflex’ sponsoring rugby, a sport of struggle and fairness. 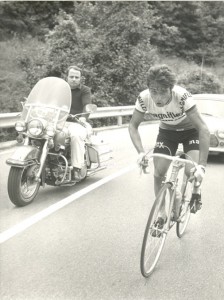 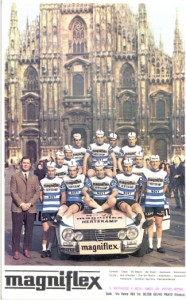 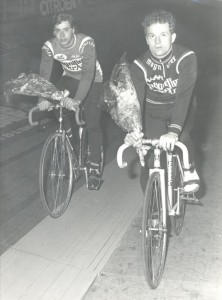 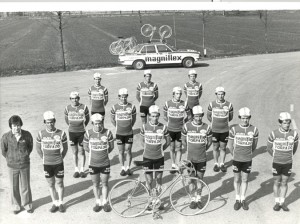 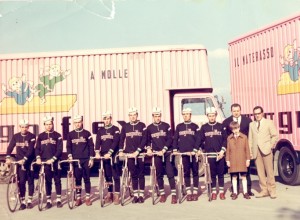