The incredible universe of snoring … 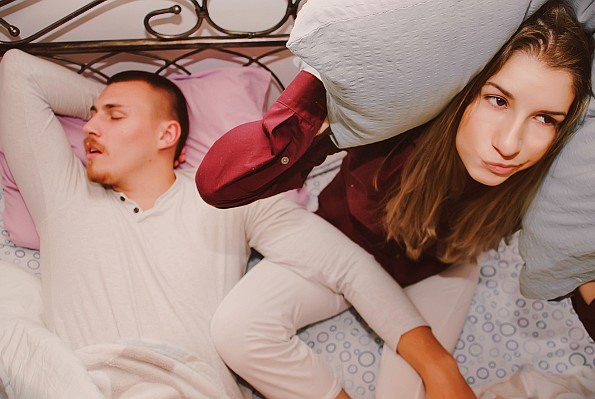 Let’s start with some oddities: Dr. W. K. Thornton invented a snoring scale ranging from 1 to 15 to determine how much snoring affects an individual’s and their sleeping partner’s quality of life.

Some people feel that snoring is such a melodic and natural sound they liken it to that of an artistic display. In 2014 there was a conference entitled “Snoring – between science and Baroque art“. In the late 90’s early 2000’s, the artist Roberto Castello made a sound-tracked video-installation with the dazzling audio performance of a “professional” snorer. The link between art and snoring revealed itself yet again during a 2010 production of the play “Falstaff” at the opera house in Romem.  One spectator spoke of the artistic link saying “an old lady seemed to snore quite loudly but she had actually been suffering from a possible ictus”.

Dating even further back, pilgrims travelling along the “Via Francigena” on their way to Santiago de Compostela told stories about their snoring adventures. It was said that fights often broke out in the shelters along the way between those who snored and those who didn’t.

Today, YouTube has captured hundreds of videos showing off some of the finest snoring performances ever recorded. Click here to listen to the sweet sounds of this snoring camper and to the laughter coming from all his friends at the camper’s expense.  It’s all in good fun!

There’s no question that snoring can be a silly, entertaining experience to witness however, snoring has caused a lot of problems as well. Many couples struggle to stay together because of a partner’s snoring habit. Snoring can be considered a real health problem and as a result many people go looking for answers, asking such questions as, “My partner snores so much! What kind of remedies, besides earplugs, can you recommend to make it stop?!”  Some couples allow the snoring to go so far that they consider splitting up, “My partner snores so much that I nearly moved in with my Mom to finally get some sleep”.

Even comics have taken hold of the snoring issue using the age old saying “sounds like a sawmill”. Click here to see a great example from the work of cartoonist Zerocalcare.

Snoring is a universe, in the truest sense of the word! Just think, somewhere out there in our universe there are people who believe that the horns of reptilian aliens are a biological device that prevent them from snoring… If only we had horns!