Is it possible to sleep…standing up? 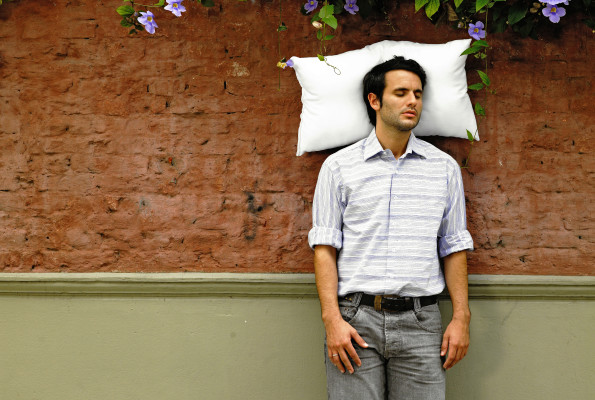 Is it possible to sleep standing up? The answer apparently is yes, although it takes some exercise. When we sleep, some of our muscles cannot be controlled voluntarily, and sleeping while standing up becomes impossible, but it can be done (or perhaps we should say it “may” be done) by practicing some special meditation techniques, in either of the two following ways:

It would appear that a group of monks was able to sleep standing up, during a four-year retreat in Dumfriesshire, Scotland. At the time, the story was advertised by the British TV network BBC, which reported a statement by Ani Lhamo, secretary of the Samye Ling monastery, who praised the benefits of sleeping in a vertical position. But, is the story true? It’s hard to say, but it can’t be excluded, as the discipline of meditation is known to have enabled some to overcome the body’s natural physical limitations. Scientists, on the other hand, like Derk-Jan Dijk (from the University of Surrey), told the BBC that sleeping while standing up, although extremely difficult to do, was not entirely impossible, even though as humans, “we’re not as skilled at it as other creatures, like birds for instance”.

However, there’s a reason why by nature, we sleep lying down. Actually there are several reasons, why sleeping standing up would be problematic:

Which is why, if we exclude certain categories of people, like monks, who practice rigorous self-discipline in a way that is uncommon to most human beings, attempting to sleep while standing up is not only difficult, but even dangerous. And let’s not forget that when we sleep lying down, we can sleep on Magniflex mattress!