How the pandemic affects our dreams 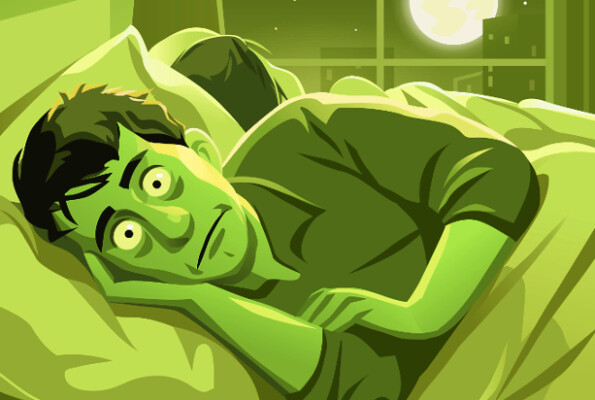 Stress causes sleep problems. It’s a known fact. According to a recent survey conducted by the King’s College of London, two out of five people in the United Kingdom has experienced sleep disorders during the Covid-19 pandemic.

“There is a clear relationship between increased stress and the lack of sleep: 53% of people who are under stress have problems sleeping” – says Prof. Bobby Duffy, head of research at the Policy Institute of King’s College. “During the lockdown, the opportunity to take short naps sensibly increased. At the same time, though, the possibility of being woken up by brief jolts or sudden movements also increased. In these circumstances, our recollection of dreams is intensified. We’re not actually dreaming more, but we tend to remember dreams more vividly, since the hours of sleep we get have also increased.
Many people are experiencing a new phenomenon, known as pandemic dreams”.

According to the research, what we see in dreams is linked to our state of mind while we’re awake. We elaborate intense memories, periods of stress, and emotions during the REM phase. Our dreams are often the fruit of a sort of “rendering” of reality. Anyone who has had to work in especially critical conditions knows that one’s everyday life can have repercussions on our sleep at night. Naveen Cavale, a renowned plastic surgeon at the King’s College Hospital, has underlined the fact that he never had problems sleeping except when once, invited to Gaza as an assistant physician, he had to treat wounds caused by bombs. The difficult situation, combined with the journey that brought him from Israel to Gaza, led the doctor to have problems falling asleep or to dream of fires and bomb explosions.

Some people are able to sleep nonetheless and use sleep as a deterrent to clear the mind of any troubling thoughts, while others, instead, are unable to relax due to the emotions that “invade” their daily life.

The subconscious, after all, is an endless discovery. Just like dreams are.

How to make your bed properly
Wednesday 9 September 2015