Do babies dream in their mother’s womb? 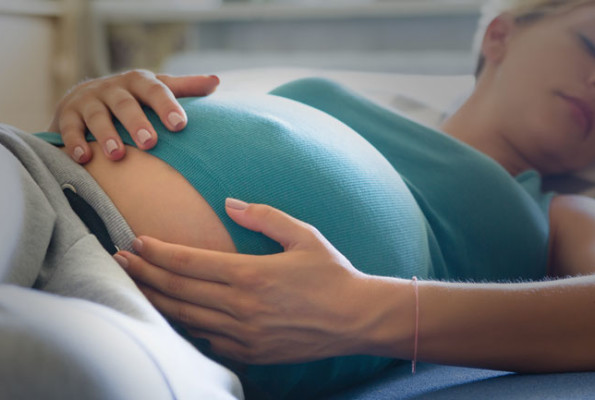 Pregnant women often ask themselves that question, but – quite frankly – all of us have probably wondered at some point: do fetuses dream?

At first, we need to clarify one thing: it’s a known fact that babies sleep in their mother’s womb. They usually sleep when their mothers are going about their everyday chores. It’s almost as though the mother’s daily routine would seem to reassure the fetus, which sleeps until mom goes to bed at night. At that point, the absence of movement awakens the baby, who starts to joyfully kick away.
Intrauterine sleep starts becoming regular from the 36th week of pregnancy, when it lasts nearly 20 hours per day.

Well, no one knows for sure, but the evidence would seem to suggest that the answer is yes. A fetus, in fact, goes through a REM sleep phase (the phase in which adults dream), during which the baby’s limbs move, suggesting that they may be dreaming. However, other evidence leads us to assume that fetuses may dream even before they start manifesting the typical movements associated with the REM phase sleep. A recent study has shown that in sheep fetuses, the brain’s electric activity is the one normally associated with dreaming and begins much earlier than the manifestation of REM sleep.

What do fetuses dream?

Scientists believe that while in the womb, fetuses may dream about the sensations they experienced throughout the day, intrauterine sensations – of course. Others go as far as suggesting that the brain may even elaborate images of the external world, drawing them directly from what we refer to as the collective conscience.

To ensure the highest level of comfort for the mother and the baby’s wellbeing as soon he or she is born, Magniflex and its sleep experts offer the best solutions you can…dream of!

How the pandemic affects our dreams
Friday 10 July 2020