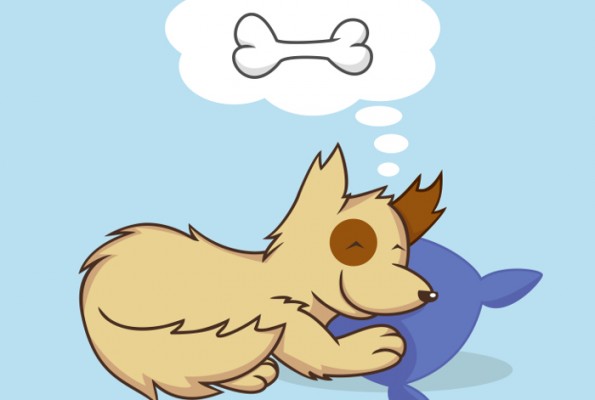 Have you ever wondered if your pet (dog, cat, etc.) can dream? And if so, what does it dream?

In the past Aristoteles asked the same question in his famous “History of animals” in the IV century B.C. and modern neurology has been dealing with this matter at least since the Sixties.

Several studies have proved that during REM phase many animals tend to have movements similar to the ones they have during their real life; for example, cats move their head as they were chasing a prey and dogs bark and whine. Curiosity: dreamlike activity is more intense in puppies.

Whereas human beings are able to realize they are living a dream, so they can wake up and recover reality dimension, it is not possible to know if animals are conscious of their own dreams. But it is certain that dream is a reworked version of the data taken from and during the day, a sort of repetition of the animal’s daily experience.

Not only mammals dream, because it seems that also birds, while sleeping, open and close their beak as if they were twittering. A similar behaviour has been noticed in some species of cephalopods that during their sleep move, change their colour, sprinkle ink and move their eyes during REM phase.