Discover the chakras and harmonize your body’s energy field 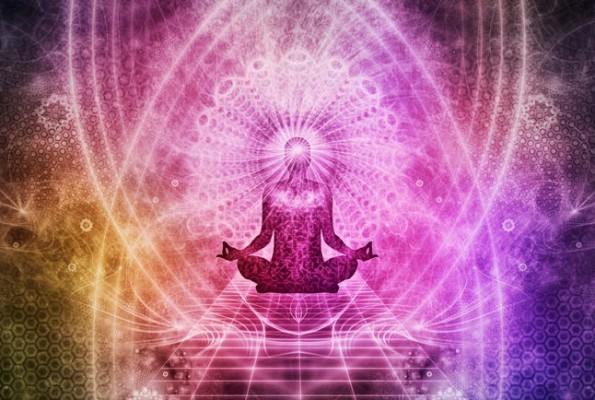 The original word is चक्र (devanāgarī script) and indicates something circular, a concept that we could translate figuratively with the wheel. In some traditions there are more than 10, in others nine, but the most popular version is the one that associates the body to seven chakras.

Chakras are energy cores, a sort of portal (or valve, if we want to use the more common terminology) through which “thin” energy passes and circulates. What kind of energy? Well, the energy that many mystical traditions refer to as the invisible field that surrounds the body and gives it vitality. The energy that animates the chakras is invisible, it’s “vibrational”. Every chakra in fact – according to the advocates of this theory – apparently tunes into a certain frequency, a luminous temperature that indicates its proper functioning. According to the theory behind chakras, vital energy (or prana) circulates through the body thanks to more than 72,000 channels known as nadi, which create vortexes (i.e. chakras) when they meet.

What is the purpose of chakras?

Chakras have a two-fold function: on one hand, they regulate the way the body’s organs, systems and psyche function. On the other, they enable the exchange and circulation of energy throughout the various stages of reality (i.e. the flow of vital energy among the dimensions that form our totality).

The first chakra is found exactly at the base of the spine and is the one that connects the body to Mother Earth. It is red and is linked both to bare necessities for survival and to the adrenal glands. When the first chakra is healthy we feel well, self-confident, stable. Excesses or blocks lead to angered behavior (in the first case) or low self-esteem (in the second).

Climbing up to the height of the genitals we find the second chakra, which is tied to sexual intercourse, joy of life and creativity. It’s orange and affects the health of the kidneys, bladder and circulatory system. If it’s in harmony we feel dynamic, whereas if it is blocked, we are unable to experience joy, and if it is in excess, it makes us sexually hyperactive.

This chakra is linked to the throat and to our ability to express ourselves and communicate. It is light blue and affects both the vocal cords and the thyroid. When it is impaired, it induces a paralyzing shyness and the inability to express ourselves. When in excess, it causes us to talk too much. To unblock it, it may help to practice exercises that involve the voice, jaw and shoulders.

Located in the middle of the forehead, the sixth chakra is the equivalent of the “third eye” and when it is perfectly in harmony, it gives us intuition and vision. When it is “drained out”, we have a hard time trusting our sense of intuition, whereas when it is in overload, we end up being out of touch with reality. It oversees the nervous and hormone systems, is associated with the pituitary gland and its color is indigo blue.

The seventh chakra is connected directly with the world of the divine and is found at the top of the head. It is purple (not surprisingly the color of mysticism in many traditions), associated with the pineal gland and is known as the “crown” chakra. When the seventh chakra is deficient, we are excessively diffident of diversity and novelty. When the energy that flows within it is out of control, the desire for spirituality takes over everything else.

How does one harmonize the chakras?

With the chakras well-aligned, everything flows perfectly and even the time we spend in relaxation is profound and rejuvenating. To restore harmony to each chakra, a person can use colors (covering each chakra with its color), sounds and  exercises. Yoga offers the asana, static postures whose purpose is to restore health and flexibility to the body, but which also directly affect the status of the chakras. The logic is that exercises focusing on a specific area of the body harmonize the respective chakras. To practice the exercises in the best way possible and reap the greatest benefits, a comfortable, ergonomic and top-quality mat is the best there is.

Burn away stress with a candle
Friday 7 February 2020