Brief history of the bed 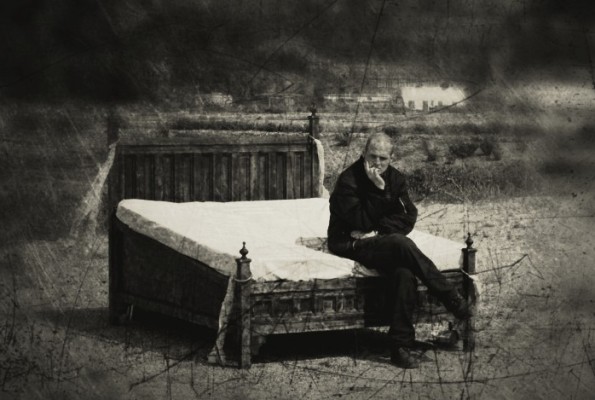 It welcomes our dreams, embraces our sleep, supports our jumps, holds our secrets, and cradles our love. The bed has a long history, and it is perhaps the piece of furniture that has undergone the least amount of changes over the centuries.

An Assyrian relief from the 7th century B.C. (in the Palace of Ashurbanipal) depicts the king feasting on a bed with feet in the shape of pinecones and a support to lay his elbow. Speaking of banquets, Romans frequently used the “triclinium bed” because at that time it was a habit for men to dine while lying down (the triclinium was the room dedicated to the consumption of food). The bed had convivial uses also among the Greeks, who used it both to seat and sleep.

Even the Egyptians used beds, as shown in pictorial evidence and artifacts found in the tomb of Tutankhamen and in the collections housed in many museums.

In all of these cases there is a constant use of wood, although we can also find materials such as marble, ivory, and later on metal. In some cases, there were skin strips used as a primitive form of slats.

As mentioned, the bed has undergone very few evolutions compared to other types of furniture and its rectangular shape is almost universal (after all, the function of accommodating the human body has not changed over the centuries). The only features that changed based on the periods of time, styles, and cultures are its height, decorations, inlays, the shape of its legs, and the headboard.

Aside from the richly decorated beds of kings and pharaohs, it is in the Middle Ages that the bed became a monumental structure thanks to the canopy; in those days, the wealthy also began using pillows to sleep. Later on, during the Renaissance, beds became even more luxurious (only for the rich people), enriched with shelves and benches.

The spring mattress was invented in 1865, but until then mattresses were typically stuffed with feathers (it is estimated that an average mattress would contain up to 40 lbs of feathers). There were also models filled with sawdust, cotton, seaweed, hay, wool and horsehair. The cheapest mattresses were made with straw, a material that was already recommended at the end of the 17th century by Thomas Tryon in “The way to health“. At that time, hygiene was not great, and the feather filled mattresses (usually supported by a net of ropes) were especially full of excrement that made the bedding definitely unhealthy. It is said that just a few years later the unhealthy environment of the beds was the cause of 40% of total deaths in the United States.

In the 20th century, industrial production introduced the metal spring foundation. In the late 1920’s and early 30’s, the factory of John Dunlop (famous inventor of modern tires) released the first rubber latex mattress. In the following years, the first polyurethane mattress was introduced. In 1966, the invention of memory foam, a technology made at NASA, quickly revolutionized not only the stability of astronauts’seats (which was the main purpose of the invention) but also the world of mattresses manufacturing. In the 1970’s, the first slat systems were introduced.

Then in 1986, the Magni family invented and patented the vacuum-packed mattress. The patent limited the harmful emissions during transport, lowered shipping costs, and allowed a simpler distribution of mattresses abroad and in department stores. The invention of Giuliano Magni actually revolutionized the mattresses market, making everyone able to customize his or her bed.

Did you know that right now we are at the dawn of a new era for the bed?

Stay tuned if you want to know more!

How to make your bed properly
Wednesday 9 September 2015