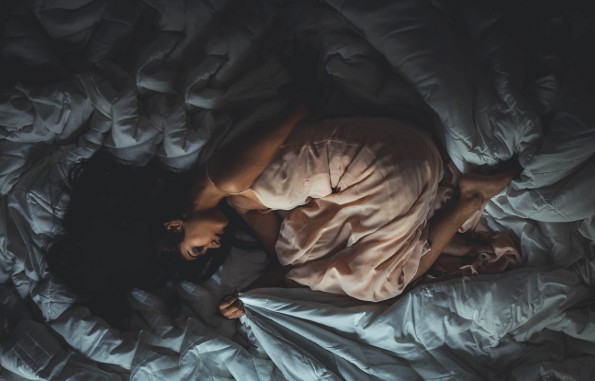 Imagine if what they’ve always told us about sleep, that a person needs to sleep eight straight hours every night, turned out to be wrong?  We’ve already talked about polyphasic sleep in our posts before, so it’s about time we talk about biphasic sleep, which consists of dividing our time asleep into two, four-hour time slots.

Many authors, including the American historian A. Roger Ekirch, author of the book “At Day’s Close: Night in Times Past“, claim that before the industrial revolution, people were accustomed to distributing their hours of sleep differently than we do now. Apparently, our ancestors would wake up in the middle of the night to do some chores and then go back to bed. Biphasic sleep was distributed over a period of 12 hours. Because light through electricity was not available yet, the day ended and people went to sleep immediately after sunset. After sleeping about four hours, they would wake up to do some chores and then go back to sleep for four more hours, until sunrise.

Night lighting and the end of biphasic sleep

Things began to change with the advent of night lighting in cities. At the end of 17th century, Paris, for example, was the first city to have fully lit streets at night. Light brought about a slow and radical change in the habits of urban life. People began to enjoy the night so sunsets no longer posed a limit and “staying up late” became a normal custom and the symbol of a trendy lifestyle. From the 18th century onwards, enjoying the nightlife in big cities became quite popular and the modern man slowly abandoned biphasic sleep.

With night lighting came another type of problem: light pollution. The absence of dark negatively affects circadian rhythms by limiting the production of melatonin, keeping the brain awake longer than usual and resulting in an increase in sleep disorders.

What is natural sleep then?

Sleep is closely tied to the natural alternation of light and dark. In the absence of artificial stimulation, our body, regulated only by the rising and setting of the sun, would have the natural tendency to sleep only a few hours, wake up and then go back to sleep, or at least, that’s what Ekirch believes. This hypothesis seemed to be confirmed by one of the most common forms of insomnia or, in other words, the phenomenon that occurs when we wake up in the middle of the night and are no longer able to sleep. What we usually see as a nuisance, may in fact be nothing but a natural instinct shyly expressing itself.

The question remains, why was sleep once biphasic?

Waking up in the middle of the night was probably necessary for past people to perform tasks that were of a huge importance to their survival, such as keeping night watches over property, keeping a fire lit or engaging in “spiritual” activities such as prayer rituals.

So, if you happen to wake up in the middle of the night, instead of tossing around nervously in your bed, try reading a book, meditating or praying.