A comparison of the male and female brains 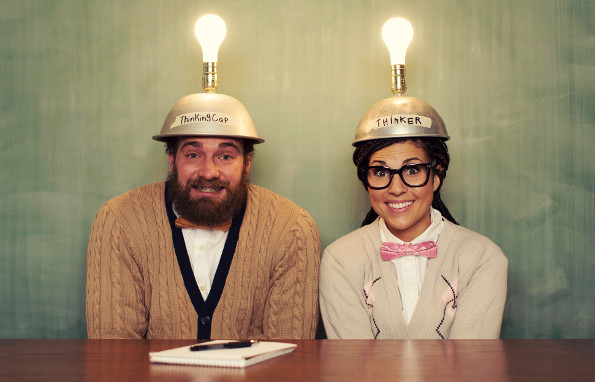 She likes to do a hundred things at once and finish them all, he likes to start a thousand things and not finish them; she remembers all the details of the first romantic evenings, he forgets dates and birthdays; she is a multitasker, he is sequential; she talks, he acts. Gender differences? No, above all these are brain differences!

On average, the female brain is slightly smaller than the male brain, with an estimated difference of about 10%. Compared to the male brain, it is “more connected” between the 2 hemispheres (for example, women tend to elaborate language with both hemispheres, while men generally do this using only the left hemisphere). The smaller size thus corresponds to a greater density of connections.
The female brain is ten times richer in white matter (glia), which has the function of developing connections and favoring analogic intelligence and associative thinking.

The male brain is more suited to being stimulated by action, due to the characteristic of connections that develop between the front and back parts of each of the two hemispheres. The male brain contains roughly 6 times more grey matter compared to the female brain, which fosters analysis and logic. Men have a more developed amygdala, which is activated by rage and aggression, which explains why men are often able to get angry quite quickly…

Are we really so different?

No, although there are certain morphological and function differences, the most crucial factors are the character, personal past and the environment in which each person lives. The truth is that there is a fundamental difference, that is visible in the unfortunate case of a traumatic brain injury: if a man’s brain is damaged on the right hemisphere, this will not lead to too many problems, but if his left hemisphere is injured, there will be a significant loss in his language ability (the verbal Intelligence Quotient would drop by 20%); for women on the other hand, a trauma to either the right or left hemisphere would lead to a much lower reduction in linguistic abilities; this confirms the theory according to which the female brain is more “interconnected”.

Men and women, should rest be differentiated?

Considering the average configuration of the female and male brain, it is difficult to envision which type of rest is more suited to either gender. However, it is possible to take certain things into account:

A differentiated mattress for different types of sleep

Even if male and female brains are in fact actually more similar than we imagine, it is always possible for a difference of opinion in a couple when it comes to choosing a mattress. In this situation, there are 2 possibilities: either one person sacrifices himself/herself, or compromising (which will inevitably end up not satisfying either).
In reality, there is an innovative solution that can satisfy even those couples with opposite tastes when it comes to their bed, there are mattresses that make it possible to choose differentiated support. Well, as you can imagine… they are Made by Magniflex!

Coffee’s extraordinary virtues: knowing them and how to recognize them
Friday 17 April 2020