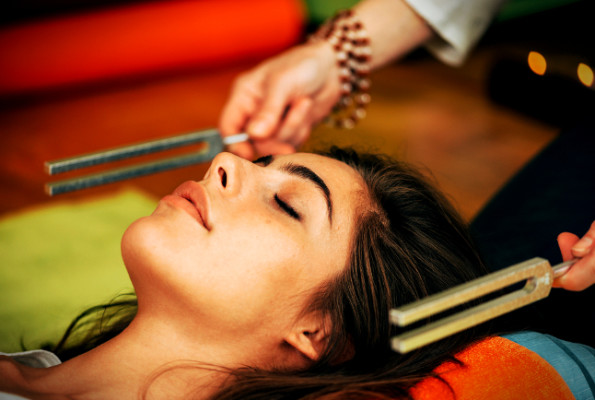 The fact that music can influence our mood and thoughts is a commonly known fact. It also has the ability to induce relaxation and rhythm has a hypnotic power to the mind. Today, however, more and more people are finding themselves affected by the power of sound, even when unrelated to musical arrangements or harmonies. The sound is a vibration and is able, according to many, reach the cells with a deep and essential massaging effect.

Of all the possible sounds, 528 Hertz is the frequency that is believed to have the power to “repair” our DNA and is becoming increasingly popular.

It is hard to provide a scientific answer to these theories, as there are simply no studies to support them. The lack of scientific evidence, though, does not necessarily mean that the theories are a hoax.

According to the thinking behind it, the universe is largely based on numerical elements, in particular, a set number of sequences. Fibonacci’s spiral, for instance, is at the core of the proportions of many parts of the human body, of many animals and even some cosmic phenomena. 528 Hz, in terms of numbers, is a multiple of 8 (528=66*8) and 8 Hz is considered the frequency of DNA replication and corresponds to the vibration of the brain in alpha waves (pre-sleep state). It is therefore a frequency that, in some way, the body naturally feels as “its own”.

Well then, a sound at 528 Hz, at least for those who believe it, has the power of reaching the heart, helps to heal the wounds of our body and soul and induces a generalized sense of harmony. Its effect, more than through the ears, is allegedly perceived through the cells, which are stimulated and massaged by sound vibrations.

Sounds at 528 Hertz against pollution

Some news newspapers report that in 2010, sounds at 528 Hz were used to dissipate liters of fuel spilled into the sea after an oil ship accident in open waters.

How does a happy couple sleep?
Wednesday 4 February 2015